THANK YOU FOR SUBSCRIBING

Hiroyuki Imabayashi, Chief Technical Officer at Adriakaim.
Despite advances and the establishment of clinical standards and national campaigns to promote guideline-driven management of patients with acute myocardial infarction, chronic heart failures have remained a leading global cause of death and disability. The term acute myocardial infarction refers to blocked blood vessels within the heart (coronary arteries), halting blood flow and necrosis of the myocardial cells. While reperfusion surgeries and drugs remain the cornerstone of treatment for acute myocardial infarction, reducing the expansion of infarcted areas with a minimally-invasive device has attracted significant interest in recent years.

Today, Adriakaim is one step closer to realizing that goal. In conjunction with the National Cerebral and Cardiovascular Center, it has developed a novel treatment method using its vagal nerve stimulating device to reduce the severity of acute myocardial infarction. “We would like to be the first one to meet this unmet need with our vagal nerve stimulating device which aims at suppressing the expansion of the infarcted area,” explains Hiroyuki Imabayashi, Chief Technical Officer at Adriakaim.

Around 80,000 people are affected in Japan with acute myocardial infraction every year, and the number increases significantly to approximately 1 million in the U.S. In addition, from a patient’s perspective, they are burdened with an incurring financial cost and decline in their quality of life, owing to severe anxiety. Adriakaim aims to offer the world’s first minimally invasive treatment device, which utilizes the parasympathetic nervous system with the human body’s natural healing capacities to control heart failure. Based on the concept of realizing a more ‘human-friendly approach’ to medical treatment, the company’s innovative vagal nerve stimulating device obtains a high therapeutic effect by applying a very weak electrical stimulus to a specific organ.
Furthermore, Adriakaim’s proprietary technology induces an anti-inflammatory reaction that prevents acute myocardial infarction patients from suffering chronic heart failure, which no other treatment or surgery currently available has been able to accomplish. The company considers an intervention doctor performing the reperfusion therapy the target user of the vagal nerve stimulating device.

The device is designed to allow physicians to start the treatment in a short period of time using an intervention procedure. An important note is that Adriakaim’s device does not interfere with reperfusion therapy, the established standard of care procedure for patients with acute myocardial infarction.

The number of people affected by heart disease cases is predicted to increase drastically in the coming years. With the 5-year survival rate for chronic heart failure at 50-60 percent, the prognosis for severe heart failure is particularly poor, significantly reducing the patient’s quality of life. Cardiologists will call it a future pandemic. Adriakaim imagines a future where the use of its revolutionary technology extends the life expectancy of patients with heart diseases and reduces medical expenses. The startup spun out from a major Japanese medical device manufacturer with abundant experience in research, design, development, manufacturing, and sales of medical/healthcare-related devices. It also offers Consulting services and R&D support projects for medical/ healthcare-related companies.

With the feasibility of human clinical trials for its vagal nerve stimulating device on the horizon, the company is on the cusp of achieving a ‘major milestone’ in the field of medicine. So far, various non-clinical studies have showcased that Adriakaim’s device shows great effect in suppressing the expansion of the infarcted area, including hemodynamics and blood biochemical myocardial markers to verify the efficacy. The studies concluded that these promising outcomes as the result of using the vagal nerve stimulating device could not be achieved with medications alone. Therefore, it is more effective when used in combination with existing drug therapy. With the breakthrough designation in hand, Adriakaim aims to accelerate its efforts to conduct human clinical trials in Japan and expand its business globally soon.

We are eager to complete all phases of human trials and use that effective data to deliver our revolutionary treatment to patients as soon as possible,” concludes Imabayashi

Description
Adriakaim aims to offer the world's first minimally invasive treatment device, which utilizes the parasympathetic nervous system with the human body's natural healing capacities to control heart failure. The startup spun out from a major Japanese medical device manufacturer with abundant experience in research, design, development, manufacturing, and sales of medical/healthcare-related devices. It also offers Consulting services and R&D support projects for medical/healthcare-related companies. In conjunction with the National Cerebral and Cardiovascular Center, the company has developed a novel treatment method using its vagal nerve stimulating device to reduce the severity of acute myocardial infarction. 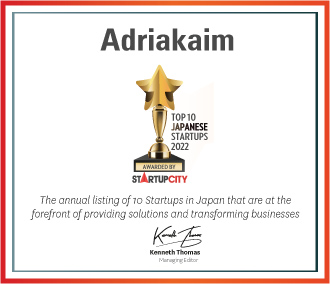 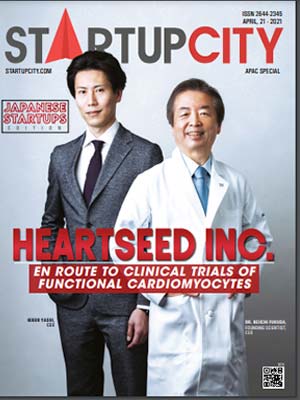